What Is Fluvial Flooding? 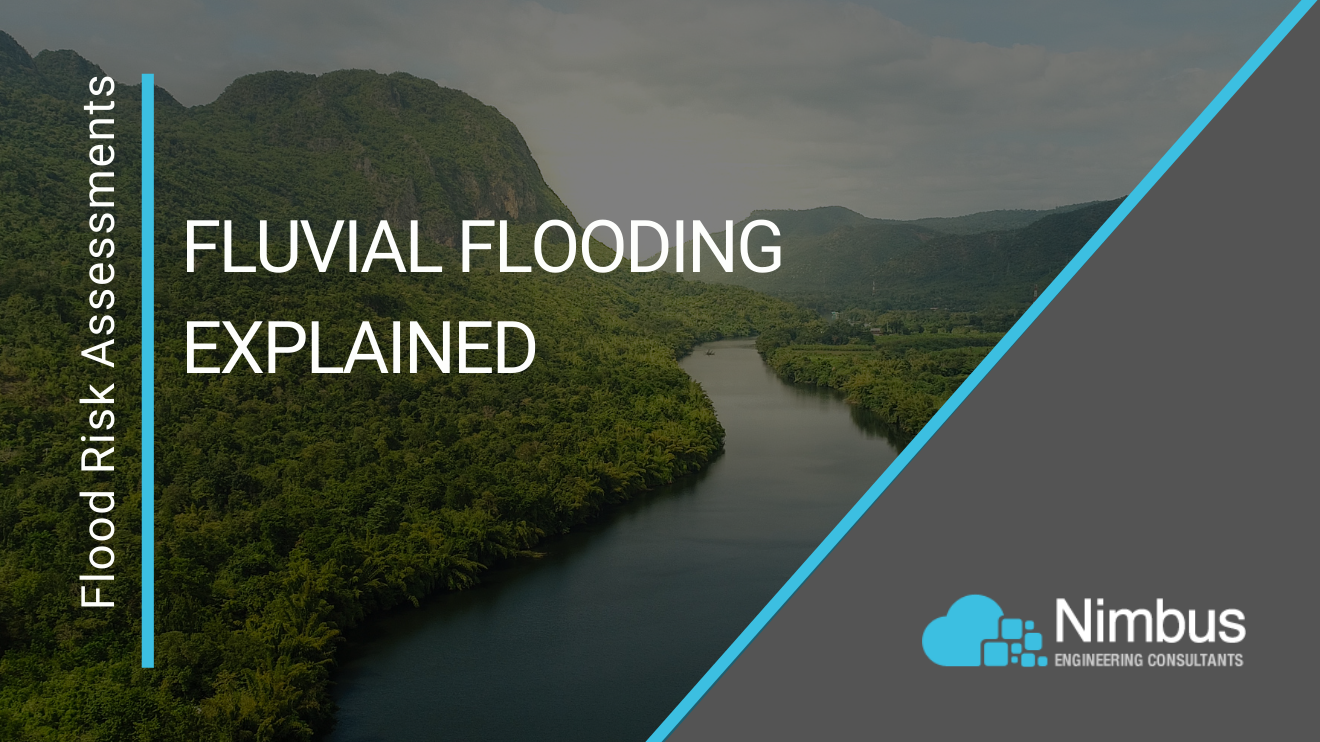 When rivers and streams ‘break their banks’, the water will flow out onto adjacent low-lying areas (known as floodplains), and there are a number of reasons as to why (and how) this happens.

For example, if the runoff from heavy rain exceeds the natural capacity of the river channel, you will experience fluvial flooding. Also, if a channel is blocked or constrained – or in estuarine areas where high tide levels impede the flow of the river out to sea – your site may be vulnerable to river flooding.

Your Flood Risk Assessment report will identify the likelihood of your site being subjected to fluvial flooding, as well as other flood risk sources, including:

This post sets out to give a high-level overview of what fluvial flooding is and how we report on it, so that you’re not left ‘drowning’ in our jargon.

Read on to find out more…

What is fluvial flooding?

Fluvial flooding happens when the water level in either a river, ditch or stream overflows. The most common source of flooding occurs when river levels rise and spill over their banks ('fluvial' flooding). Fluvial flooding can also occur along coasts as a result of high tides and stormy conditions.

What causes a fluvial flood?

Fluvial (River) flooding is caused by excessive rainfall over an extensive period of time, which then makes rivers or streams exceed their capacity. Rarely, this can also be caused by snowmelt following heavy snowfall.

How is the Probability of River Flooding Determined?

The probability of Fluvial/River flooding is determined by the Environment Agency (England and Wales) and Scottish Environment Protection Agency/SEPA (Scotland).

These agencies allow you to check the flood risk in your area via their flood risk maps and modelled flood data can be obtained from them in order to ascertain the depths of flooding for various storm events.

On some occasions, this data is provided with climate change added, and in some cases, we have to use various methods to apply this ourselves.

The Types of Flooding in the UK

Would you like to find out more about our approach to Flood Risk Assessments? Don’t hesitate to speak to an expert today.

Sadia Luckett is the Director at Nimbus Engineering, specialising in foul and surface water drainage & SuDS. 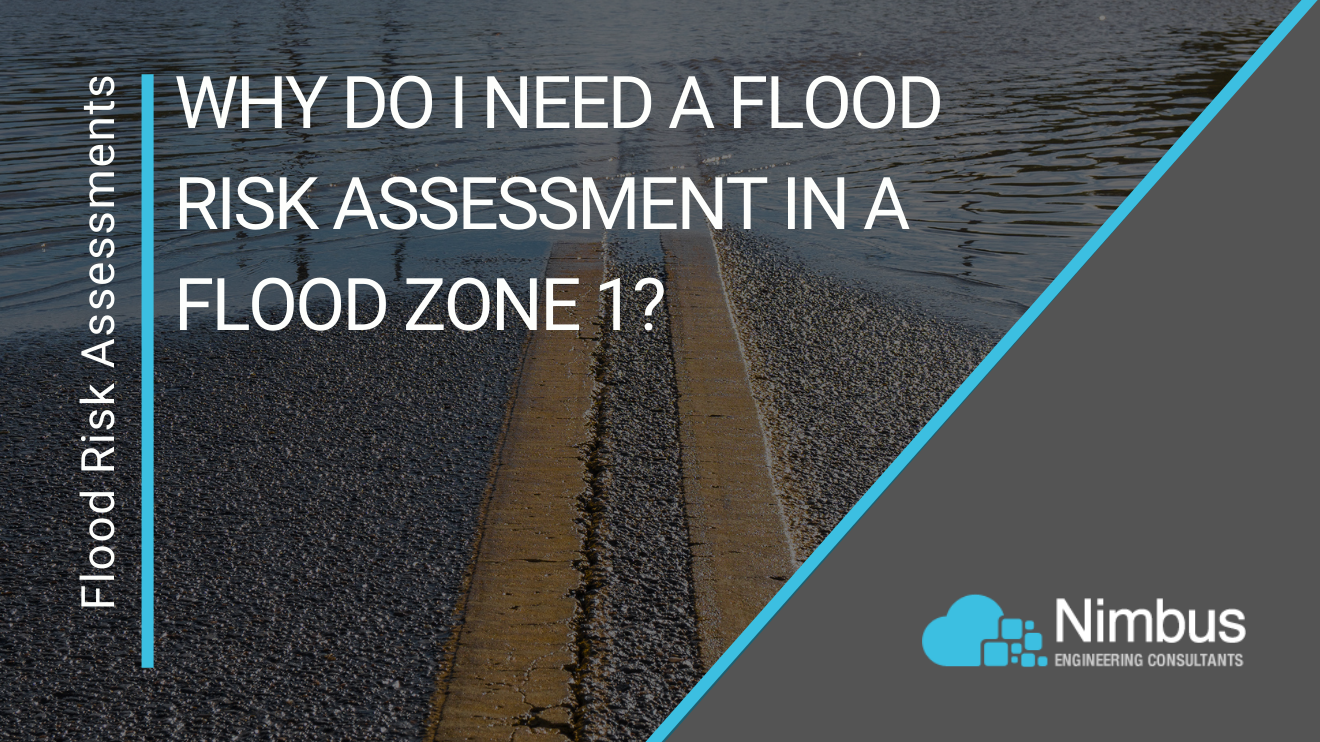 Why do I need a Flood Risk Assessment in a Flood Zone 1? 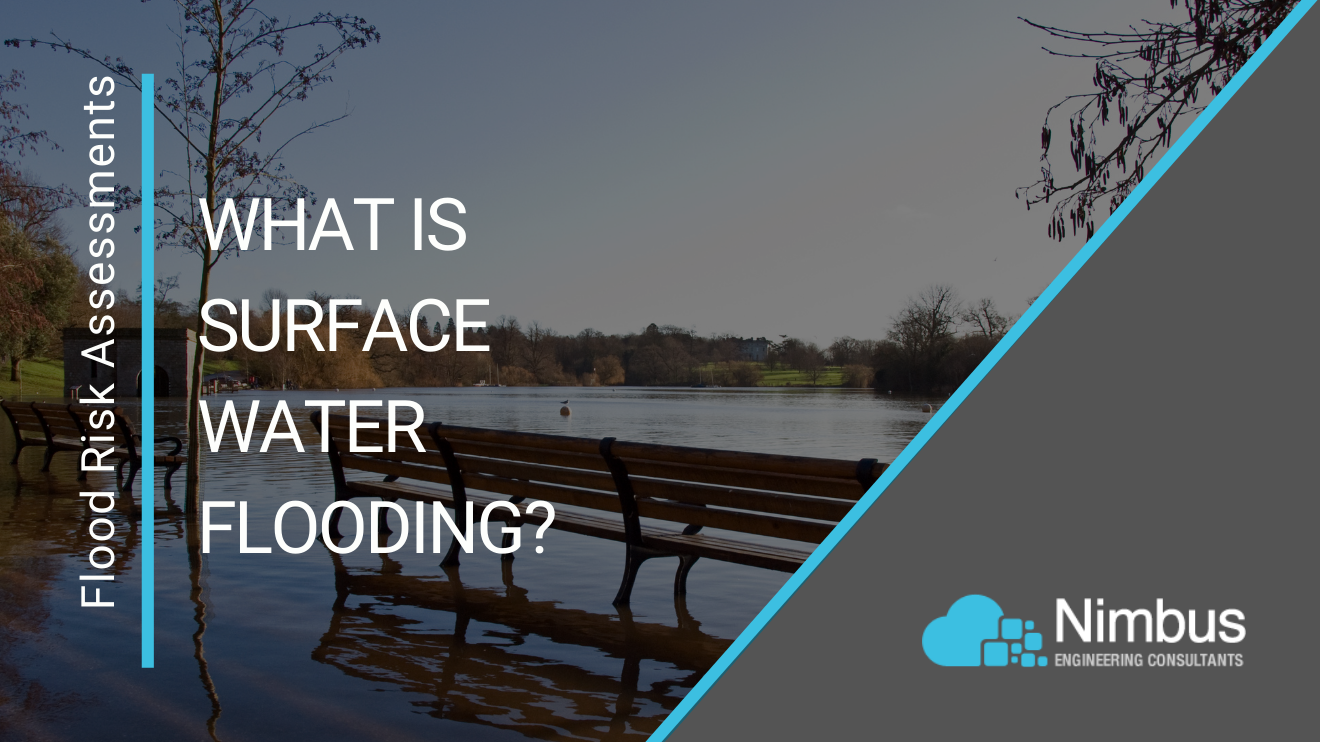 What Is Surface Water Flooding?

What You Need to Know About the London Sustainable Drainage Proforma

If you have an upcoming development in the London area which requires a sustainable drainage...